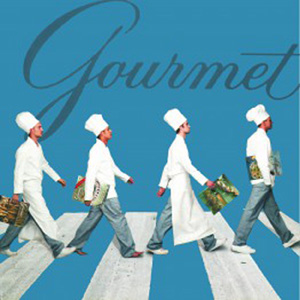 A new exhibit, "The Life and Death of Gourmet — The Magazine of Good Living," is on display through December first  in our 7th floor exhibit space. The exhibit, which features many related cookbooks as well as one issue from each year of the magazine’s existence, traces the birth, life, and untimely demise of a remarkable example of food journalism, and a remarkable institution of American culinary life.

Gourmet constituted and documented a culinary conversation that was at once long (publishing for sixty-nine years, from 1941 to 2009) deep (no culinary phenomenon, it seemed, was too trivial or too obscure to be investigated), and wide-ranging in both subject matter and geography.  The magazine presented an image of The Good Life for American readers throughout the latter half of the 20th century and into the first decade of the 21st: from many Americans’ first encounter with the word “gourmet” to an era where it had competition from “locavore” and even “paleovore.”

From Americans’ ecstatic release from rationing into post-war prosperity, through the era of everything flambé, and into the age of “modernist cuisine” – the concerted application of post-industrial technology to gastronomy – Gourmet was there to comment on food trends, Americans’ evolving interest in wine and then craft brewing,  restaurants, and travel. 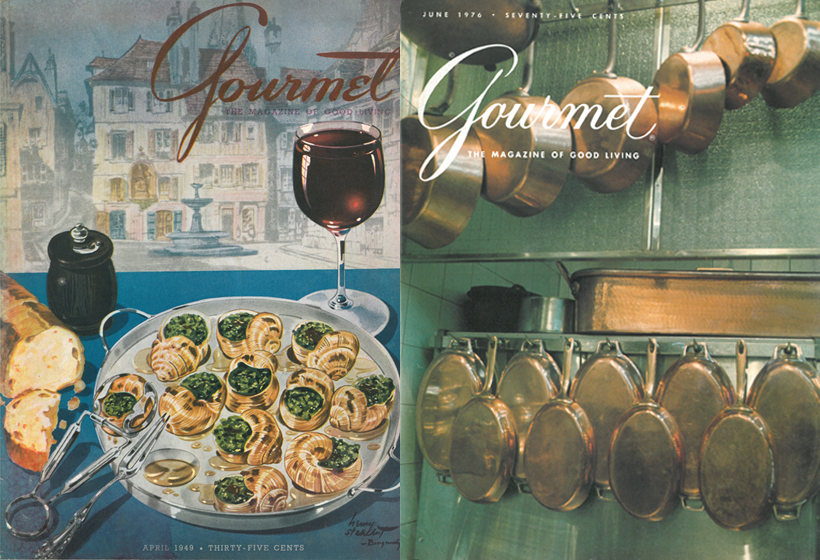 And let us not forget the recipes. Even those who, in the later years of its existence, became frustrated with the classism of much of its journalism and vision of the world, couldn’t fault its recipes, which set the gold standard for being well-tested, reliable, clearly expressed, and achievable in any moderately well-appointed kitchen.

Principal curator Jan Longone’s extensive knowledge, much of it first-hand, informs and enlivens the exhibit. She will give a talk about the exhibit from 4-6 p.m. Nov.18 in the Hatcher Library Gallery, with a reception to follow. The lecture and reception are free and open to the public.

Update: Here is the video of the talk

(The opinions expressed in this post are those of the blogger and do not represent those held by the curators of the exhibit.)