When you think of a book moving, you probably think about opening the covers and turning the pages. However, in the case of pop-up and movable books, there are all sorts of dynamic ways a book can move.

As the Cathleen A. Baker Fellow in Conservation at U-M Library Conservation Lab this summer, I had the opportunity to treat three books from this vast collection. They are The Animated Alphabet: Pretty Picture Letters, Das Zauberboot and Blinky Bill: Magic-Action Book.  I will describe the interesting repairs I undertook to make these books move properly again in a series of three blog posts, with videos showing the drastic differences before and after treatment.

In this first post, I will talk about the treatment of a 19th century movable book, The Animated Alphabet, which is the rarest among the three books that I treated this summer. It is a children’s alphabet book illustrated with hand-colored wood engravings.

This book contains what are known as “dissolving views.” One illustrated letter dissolves into the next letter when the pull-strip is pulled. For example, the letter “A” becomes the letter “B”.  Years of pulling and pushing the paper strips back and forth caused many of them to become worn and damaged. 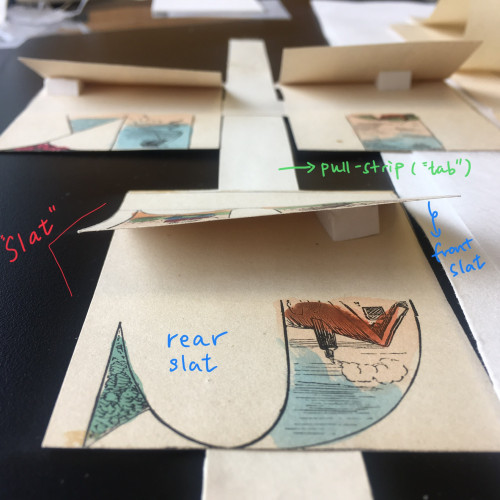 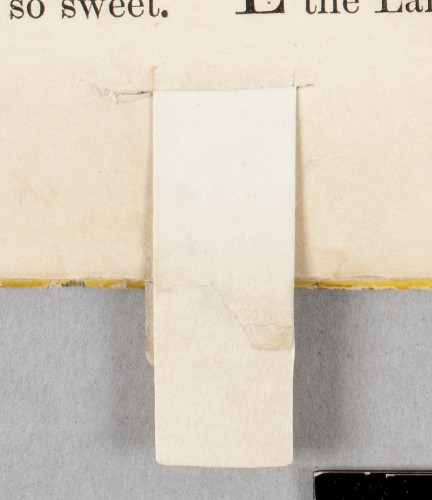 I then re-sewed the textblock and re-attached it to the covers. Now all the dissolving views in the book function smoothly and can be handled safely.

In my next blog post, I will talk about the conservation treatment of another movable book, an early 20th century German book, so stay tuned!