People of the Library: Elly Schmitt 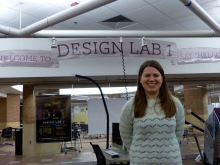 On display in the Shapiro Lobby digital screens this week is a Penny Stamps Undergraduate Juried Exhibition. We will also have a series of events for Global Information Week, and featured tables from the U-M Career Center, CSG, Library Development, and the Korean International Student Association. 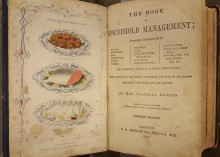 March 14th (3/14) is celebrated around the world as Pi Day because the Greek letter ㄫ or pi, which is used to represent the ratio of the circumference of a circle to its diameter, rounds to approximately 3.14. By happy coincidence, Pi is a homophone of Pie, and so 3/14 is also the perfect opportunity to enjoy baking (and eating) sweet and savory circular pastries. Below we share three recipes from the 1866 edition of Mrs. Beeton’s Book of Household Management.

Death in a Strange Country by Donna Leon 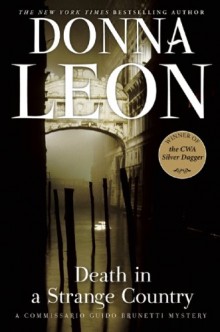 In this second book in Donna Leon's mystery series featuring Commissario Guido Brunetti of the Venice police, Brunetti investigates the murder of an American soldier in Venice. At first it seems that the man was the victim of a robbery, but Brunetti uncovers a conspiracy involving the dumping of toxic waste. It seems the Italian government, the American military, and the Mafia are all involved, and Brunetti risks offending the rich and powerful as he works to solve the murder. 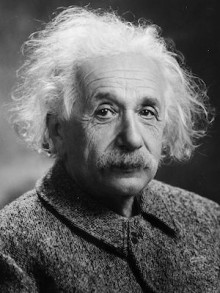 In celebration of the 100th anniversary of the publication of Einstein’s General Theory of Relativity, here are some resources to help you learn more.

Retro Book Display for the Month of March

For the month of March, we decided to highlight some of the books in our collection that explore the idea of being "retro." Though most of us have a general idea of what people mean when they refer to something as retro, it's interesting to explore some of the different facets of the term, from interior design patterns to video game themes.

People of the Library: Sara Samuel 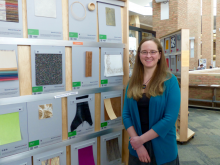