Most Popular Games for the First Half of 2018

2018 is already half over, and it's always interesting to see which games are currently the most popular amongst our archive users. As usual, the FIFA series is in the lead by a long shot, with three Call of Duty games making the list. The latest Smash game is close behind, with the wildly popular Fortnite rising in the ranks. We see a good smattering of Nintendo games to even things out. Finally, Left 4 Dead 2 makes a comeback this time around.

A Brief History of Time

Compassion through Conversation: Reflection of a Michigan Library Scholar 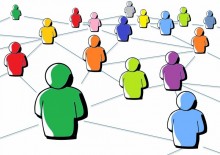 Meghan Brody reflects on her internship for the Living Library program as a Michigan Library Scholar. She discusses progressive librarianship, social justice, and fostering a more compassionate library community through conversation about identity.

The first post on how we are dealing with moldy 5.25 floppy disks.

A Year of Exploration 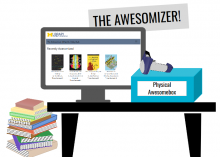 This year, I primarily worked on the Awesomebox/Awesomizer project. Through this project I learned about web design and got to do some work with a database and the Myrlin API. Additionally, I had the chance to work with other students on the volunteer-based LibriVox project to record public domain audiobooks. I got to work with the other Student Developers on the library’s instance of the Measure the Future project and got to attend a talk by the project’s creator -- Jason Griffey.

A Murder on the Appian Way by Steven Saylor 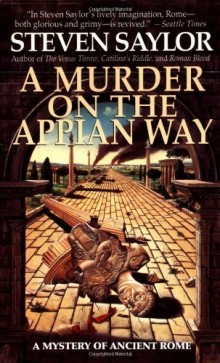 Ancient Roman detective Gordianus the Finder investigates the murder of a politician on the Appian Way, supposedly at the hands of a rival. But everyone gives a different account of what happened, and Gordianus doesn't know what to believe. As he attempts to solve the murder, he faces physical danger, as well as a crisis in his family. This mystery is inspired by actual events, and features appearances by Julius Caesar, Marc Antony, Cicero, and other famous Romans.

The Curious Charms of Arthur Pepper 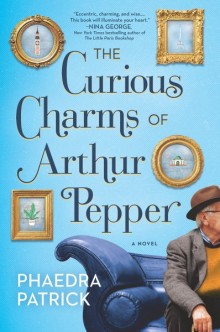 Sixty-nine year old Arthur Pepper has been grieving the loss of his wife for nearly a year. He follows a very strict daily routine, cutting himself off from friends and family with his most prominent social interaction being with his fern, Frederica. Then one day, as he is cleaning out his wife's clothes to take to the charity shop, he stumbles across a gold charm bracelet which he's never seen before. Arthur starts tracking the origins of the charms and heads down a path to a...