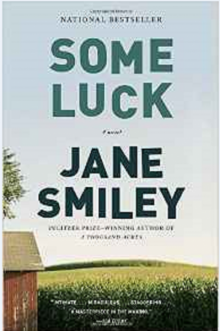 The first of a trilogy, this Jane Smiley novel covers the life of an Iowa farm family from 1920-1953.

The British Library has recently posted over one million downloadable images to Flickr. Explore the many albums of maps, advertisements, book illustrations, etc.

On display in the Shapiro Lobby digital screens this week includes LSA Student Government Sustainability Facts & U-M Library Earth Week. Several hands-on events will be happening in the Shapiro Lobby and at the front entrance of the library to celebrate Earth Week. We will also be featuring many tables this week from the Center for Entrepreneurship, Beyond the Diag, U-M Library Undergraduate Research Award, U-M Library Earth Week, U-M Bio Station, MRecycle, and the Department of Public...

Everyone who works in the library, including some student workers, uses the intranet -- that’s over 450 people! In preparation for a major Drupal update and intranet redesign, the Intranet Upgrade Investigation Team (IUIT) has done a ton of thoughtful user research to guide our work including a survey, open card sort and closed cart sort. The findings are informing our progress and helping meet the goal of making the intranet a sustainable and user friendly tool that everyone wants to use.

This month, we decided to highlight Earth Month, which takes place during the month of April. We also currently have a book display that showcases our collection's Batman and Superman comics, which coincides with the recent release of the Batman vs. Superman: Dawn of Justice movie. 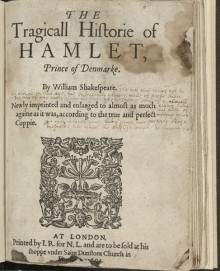 Please join Rebecca Chung (UMSI), Fritz Swanson (Wolverine Press), and Justin Schell (Shapiro Design Lab), for conversation about the Wolverine Press's edition of a famous sheet of paper: the G gathering from the Q2 (second quarto) of Hamlet, which includes Hamlet’s “To be, or not to be” speech, his repudiation of Ophelia with “Get thee a Nunry,” and his speech to the players, “sute the action to the word.”