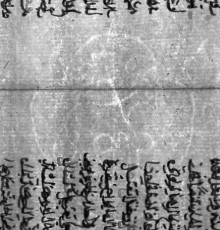 Watermark Wednesdays are back with Paschal Lamb motifs in watermarked papers from the Islamic Manuscripts Collection. 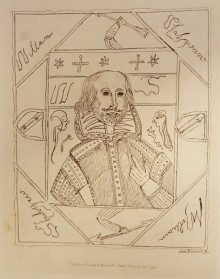 This week we welcome CAPS and their Messages of Hope campaign on display on the digital screens. The intention of the campaign is to promote awareness about mental illness, exam time stress, and student suicide via inspirational messages spread throughout campus. CAPS will feature the physical Block M Messages of Hope Installation in the Shapiro Lobby, where students can write inspirational messages to each other on small wooden tiles, take a tile, leave a tile, hang them on the Block M, or... 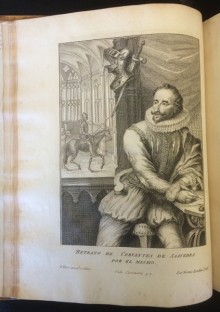 A day like today, on April 22 , Miguel de Cervantes Saavedra died in Madrid four hundred years ago. To commemorate this date, I have revisited our collection of early editions of Cervantes's works, selecting for this post the eighteenth-century edition of Don Quixote that played a major role to canonize Cervantes as a global literary figure.

Collection Highlights: Drawn from the Classics 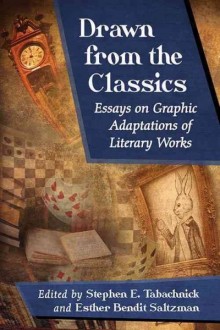 The AAEL's comics and graphic novels collection also includes scholarship about comics! This post introduces Drawn from the Classics, one of our recent additions to the collection: it's all about graphic adaptations of classic literature. If you're interested in adaptations, we've got everything from ancient epics to Victorian novels to World War II and more!

The Charlemagne Pursuit by Steve Berry 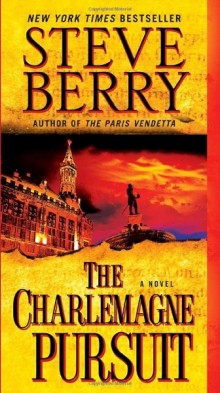 Cotton Malone, a former navy man and U.S. Justice Department agent, now a rare book dealer, searches for clues to the disappearance of his father in a submarine disaster off the coast of Antarctica, and finds evidence of a lost civilization, possibly thousands of years old.

On display in the Shapiro Lobby digital screens this week will feature a digital exhibit presented by Messages of Hope as well as a Block M Installation. A couple events happening in the Lobby include National Poetry Month and Therapy Dogs. Finally, we have a couple information tables from CAPS in Action and the U-M Library Undergraduate Research Award.